Our New Life in Orkney – An Awfully big Adventure 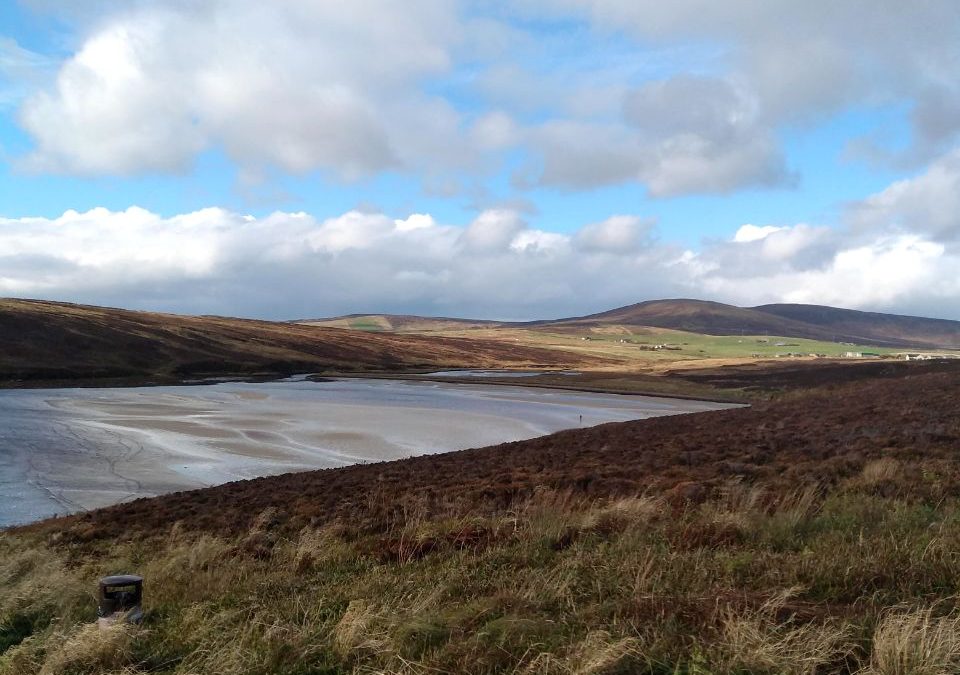 I didn’t have access to a computer when we first moved to Orkney. We had put a van-full of our belongings into storage and were living out of suitcases.

I did however take a lot of photos and it doesn’t seem right to start a blog about our life here, without sharing something of those early days.

The first week or two were something of a blur, as we arrived off the ferry completely exhausted and with all seven of us suffering from flu. Once we had started to recover, we quickly realised what an amazing place we had moved to. Having never visited Orkney before, we started to travel around some of the islands in search of our home.

Our first temporary home was in a caravan in Birsay, at the north end of Orkney’s mainland. It was the perfect place to begin to unwind from the tension and hard work of the previous months. Tranquil views and just a short drive away from lots of historical sites, we visited as much as we could. But with no suitable properties for us to buy there, we started jumping on and off ferries as our search widened.

The island of Hoy is an amazing place and its distant rugged hills dominate the landscape around Stromness. We only got to spend one day there and the house that we went to see, turned out not to be the one for us. It certainly wasn’t a wasted journey though, as we got the chance to visit the beach at Rackwick. We had heard that it was beautiful and we were not disappointed. Even though it was an overcast day in October, its huge stones and wild isolation were a tonic that we very much needed. 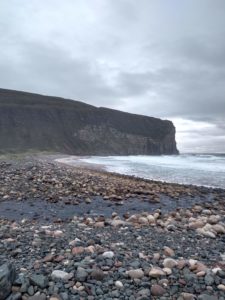 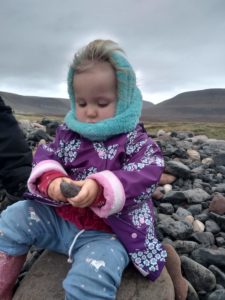 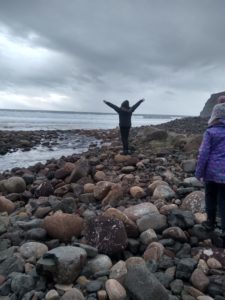 Although we had raised our family in Cornwall before moving to Orkney, which is famous for its beaches, we have spent far more time exploring the coast here. It’s such a luxury to have an entire beach to yourself, but that is normal in Orkney during autumn and winter.

We briefly visited Stronsay, but didn’t get to spend anytime appreciating the island, as we packed in a lot of property viewings that day. If you have ever spent time house hunting, you’ll probably know the feeling of despair that starts to set in when you’ve seen lots of houses, but none of them seem to be right for you. This feeling intensifies, when you’re basically homeless with five children, two rabbits, a guinea pig and a budgie in tow!

Added to that, there are considerably less properties for sale in Orkney, especially through the winter and long-term rentals are like gold dust. So during the weeks of searching we were staying in a series of holiday rentals.

So many beautiful views and so many wonderful places visited, but we felt no closer to finding our home until the day that we took a ferry to Rousay.

Even as we came towards it across the sea we caught our breaths, and as we drove around the island, the feeling of excitement grew. It just felt right and we all felt the same. The main road on Rousay took us on a lap around the island and we were treated to spectacular coastal views along the way.

There was only one house available that was big enough for us, more expensive than many that we had seen, with less land and outbuildings, but it seemed to welcome us in like an old friend.

We put it to the back of our minds, as we still had one more island on our list, Sanday. We saw several places with potential, but it just didn’t feel like a good fit for us. Longing for a home so that we could get our life in Orkney properly started, we put in an offer on the house in Rousay.

Just three weeks later, we loaded the children, animals and suitcases back into the van one last time (with a huge sigh of relief!) and took the ferry to our new home. 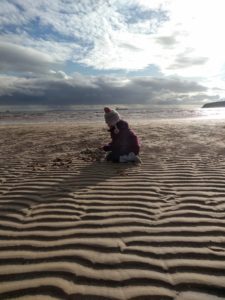 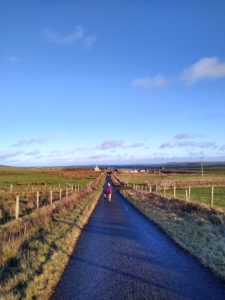 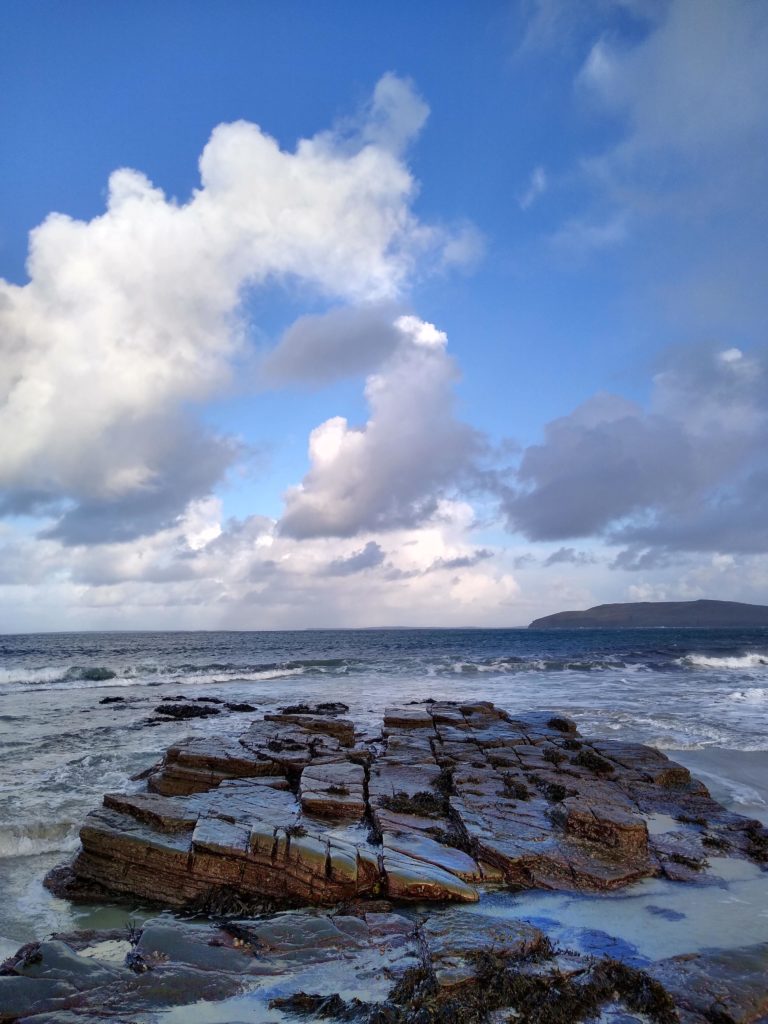