How to Make a Brigid’s Cross for Imbolc 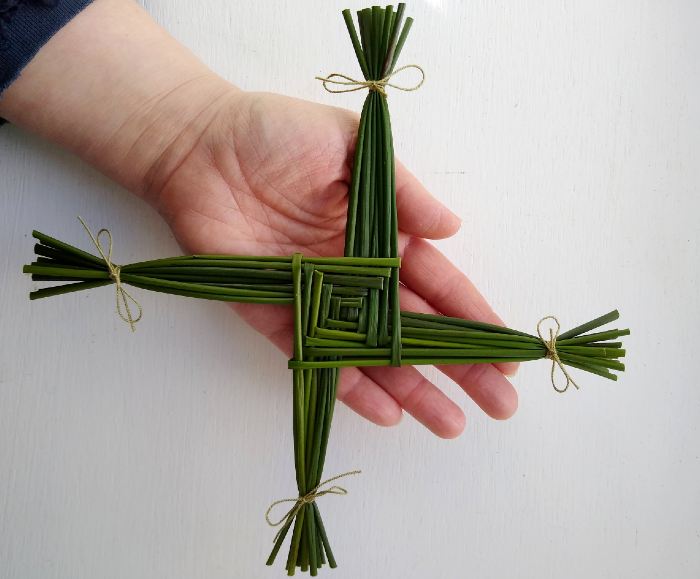 February has arrived and with it, the celebration of Imbolc. So I thought, that I would have a go at making a Brigid’s Cross, with some rush from our garden. Common Rush is traditionally used for the making of these crosses in Ireland and fortunately for me, it grows just about everywhere in the Orkney Islands!

I am guessing that there are a lot of people eagerly awaiting spring this year, so as we have reached the half-way point between winter solstice and the spring equinox, I thought that I would share this little tutorial with you.

If you don’t have access to common rush, just experiment with what you have – paper drinking straws would work really well. I began by trimming the ends of my rush and making sure that all of my strands were a workable length.

Keep the first length straight and bend the second length in half, around the first. 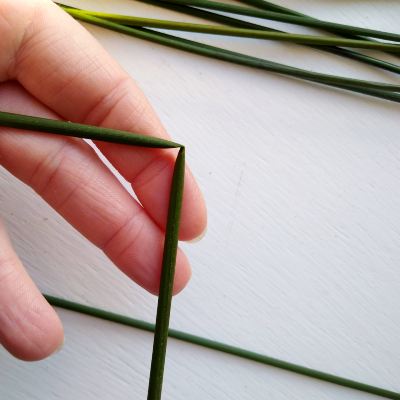 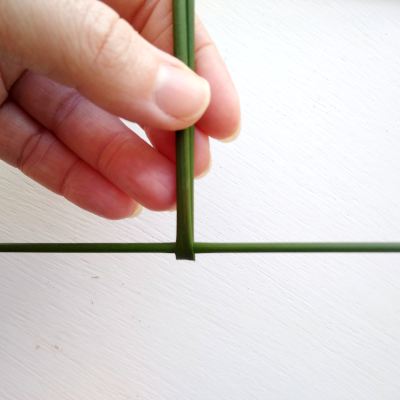 Continue to fold each length in half, around the previous folded length of rush.

I worked in an anti clockwise direction.

Take some time, to keep the weaving tight in the middle – you don’t want gaps! 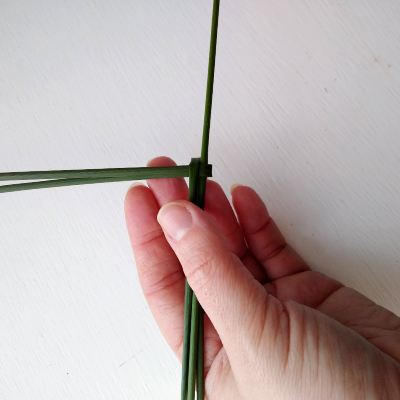 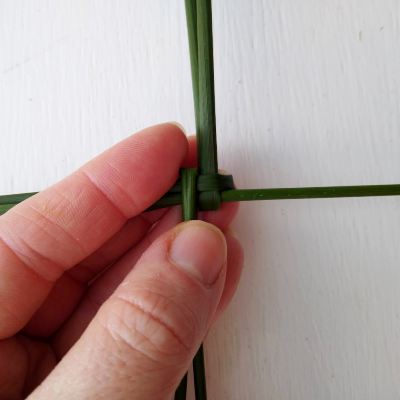 I continued in this way, until I had 5 lengths of rush on all four sides of the square.

When you are ready to place the last length of rush, push out the folded piece that runs at right-angles to it. Just enough, that you can tuck the ends of the last strand through.

Then pull both of these strands carefully into place, again making sure that all of your weaving is tight.

This will have locked your cross together. 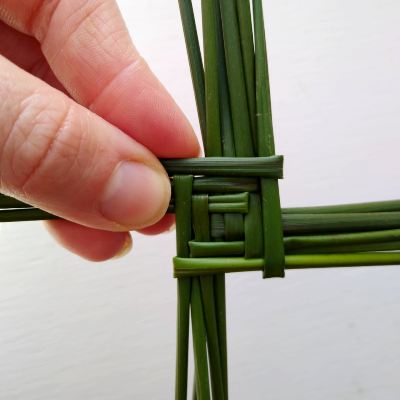 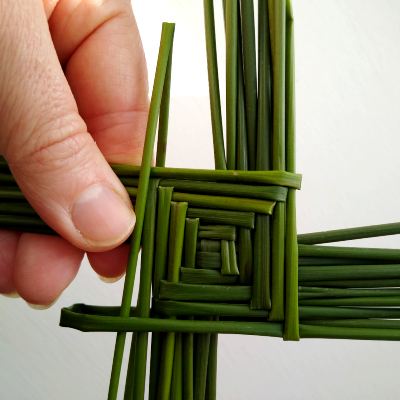 Finally, you will need to tie each of the four ends with some twine or yarn.

Pull nice and tight for a good shape.

Then all that remains is to trim the ends of your rush approx. 2cm from the ties.

Because this cross has been made with fresh rush, it will shrink as it dries, leaving gaps. If you want to make a cross that will last, you will need to use stems that have already been dried and soak them for a short while beforehand.

Have a go! It’s really simple and a great craft to do with kids in preparation for spring. 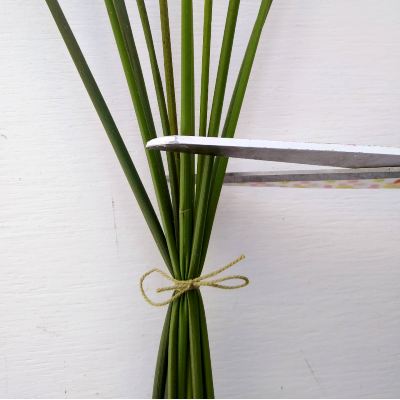